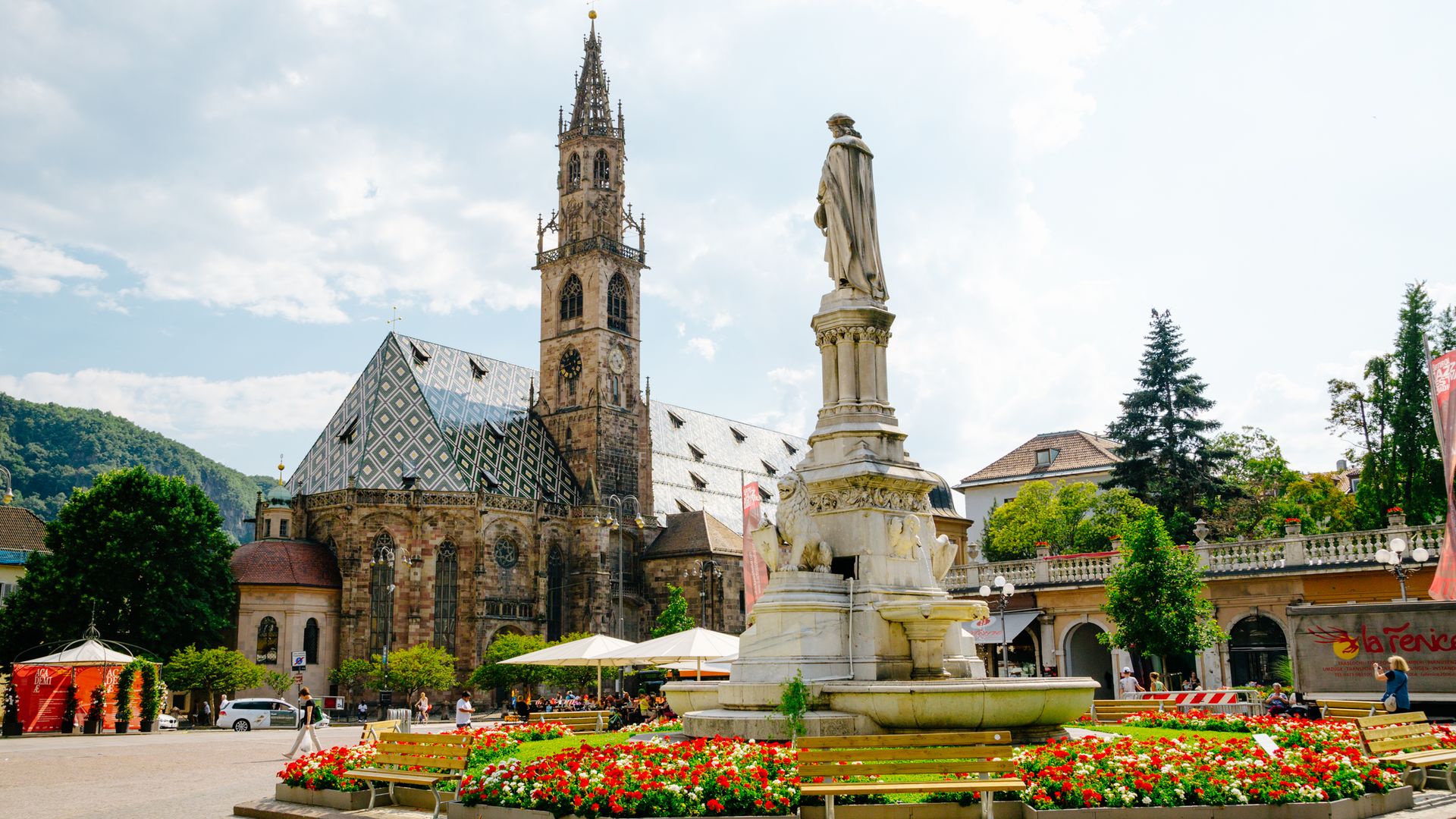 A jewel in the Dolomites, a temple for culture, art, sport, outdoor life & innovation

Plan your meeting
The city of Bolzano, Alto Adige Südtirol

A jewel in the Dolomites, a temple for culture, art, sport, outdoor life & innovation

Bolzano: city of Culture and Art

The business city you don't expect.

Thanks to its two identities, one italian side and one southtyrolean, Bolzano amazes tourists coming from all over Europe and Italy.

Gothit architecture mixes with mediterrenean cuisine and gives birth to an enchanting mix of historical & cultural beauty. Bolzano is a young, cosmopolitan and university city, where people from all over the world meet for holidays, studying and business. 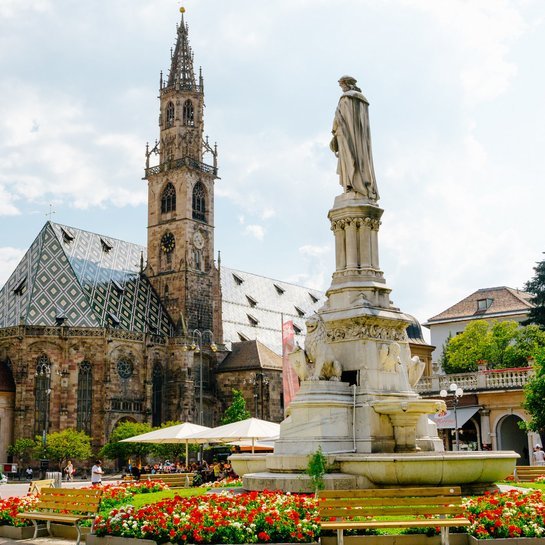 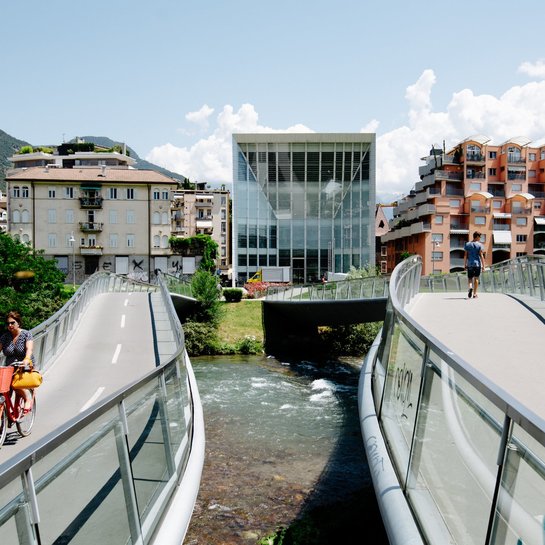 Modern and contemporary Art, history, nature... Not only the famous Ötzi, the Similaun man, but also various attractions are offered in our museums in Bolzano.

Here you have a list of the museums that you can’t absolutely miss:

The region appeals tourists thanks to its wonderful castles: some of them are hidden, others are easier to reach, all together they represent the most historical and authentic part of Bolzano. Let the charm of this ancient dwellings fascinate you, while you take a walk around the city. 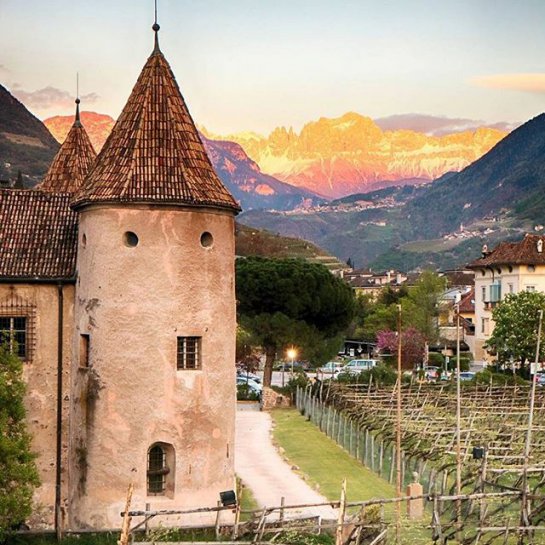 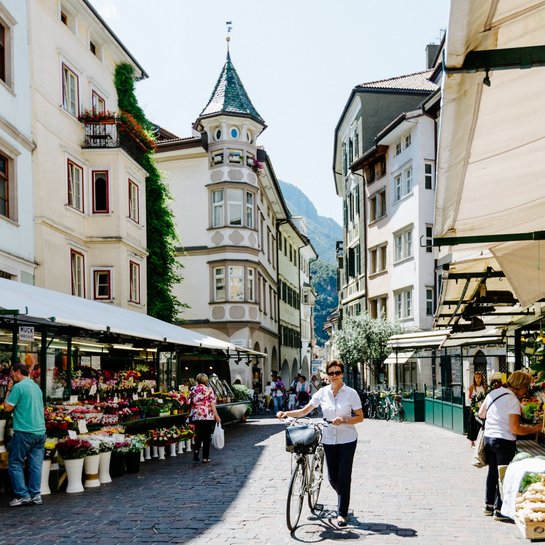 It is impossible that you have never heard about the Bolzano’s Christmas market. Its charm is full of lights, colours, perfumes and local traditions, which create a typical Christmas and magic atmosphere.

During the rest of the year Piazza delle Erbe hosts the oldest market of Bolzano since 1295. The market is nowadays situated in the old town centre, near the well-known Neptune fountain, also called “host with a fork”, which is classified as one of the 100 most beautiful fountains of Italy. In this area, you can find fresh fruits and seasonal vegetables, local meet, food and wine. Piazza Erbe Market is open every day from 7 am to 7 pm, except on Saturday afternoon, Sundays and on holidays.

The Törggelen is an ancient tradition that takes place from end of September to the begin of December. During the Törggelen, the farmers were used to invite neighbours and offer them their self-produced wine. Nowadays it is possible to taste a savoury South Tyrolean Speck and some Kaminwurzen, which is a smoked sausage produced by the local families or taste some typical dishes of the peasant cuisine of the region.

In all periods of the year, we recommend eating cold cuts like speck, ham, salami, bresaola accompanied by cheese, butter and good bread. The famous South Tyrolian Speck PGI is a type of slightly smoked ham. It is characterized by its aroma, teste and texture. Among the first courses, Schlutzkrapfen are tasty ravioli filled with ricotta and spinach with melted butter and crispy speck.

Also based on spinach are the Spätzle, which are dumplings with butter and sage.

Strudel is a dessert made from South Tyrolean apples, short pastry or puff pastry. It also contains chopped walnuts, raisins, sugar, breadcrumbs, spices, natural flavours, pine nuts, walnuts or almonds and butter. We suggest you also to try delicious dishes accompanied by fruity red and white wines, such as St. Magdalener or Lagrein. 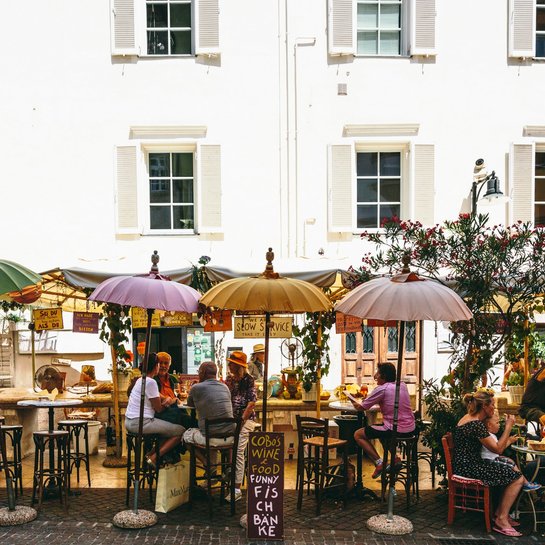 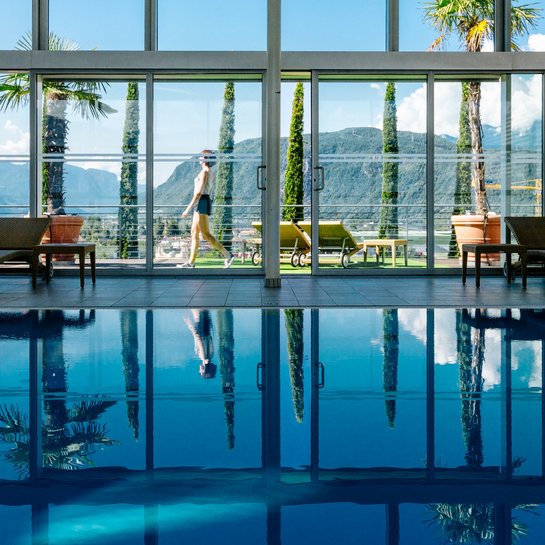 The formation of the Dolomites has a primordial history: for 250 million years they prospered in the sea of Teti, then – when the water receded – they rose towards the sky, majestic, bizarre and white. Indeed, pale mountains are different from all other mountains nearby.

In 1788, some scholars discovered the reason of their paleness: the Dolomites are composed of a double carbonate of calcium and magnesium.

Mountain sports like skiing, climbing, trekking and mountain biking are ideal not only for enthusiasts but, thanks to the help of mountain guides, they are perfect for corporate team building and group excursion.

From Highway A22 Brenner - Modena